Naples Water Temperature Plays a Role in Success of Fishing 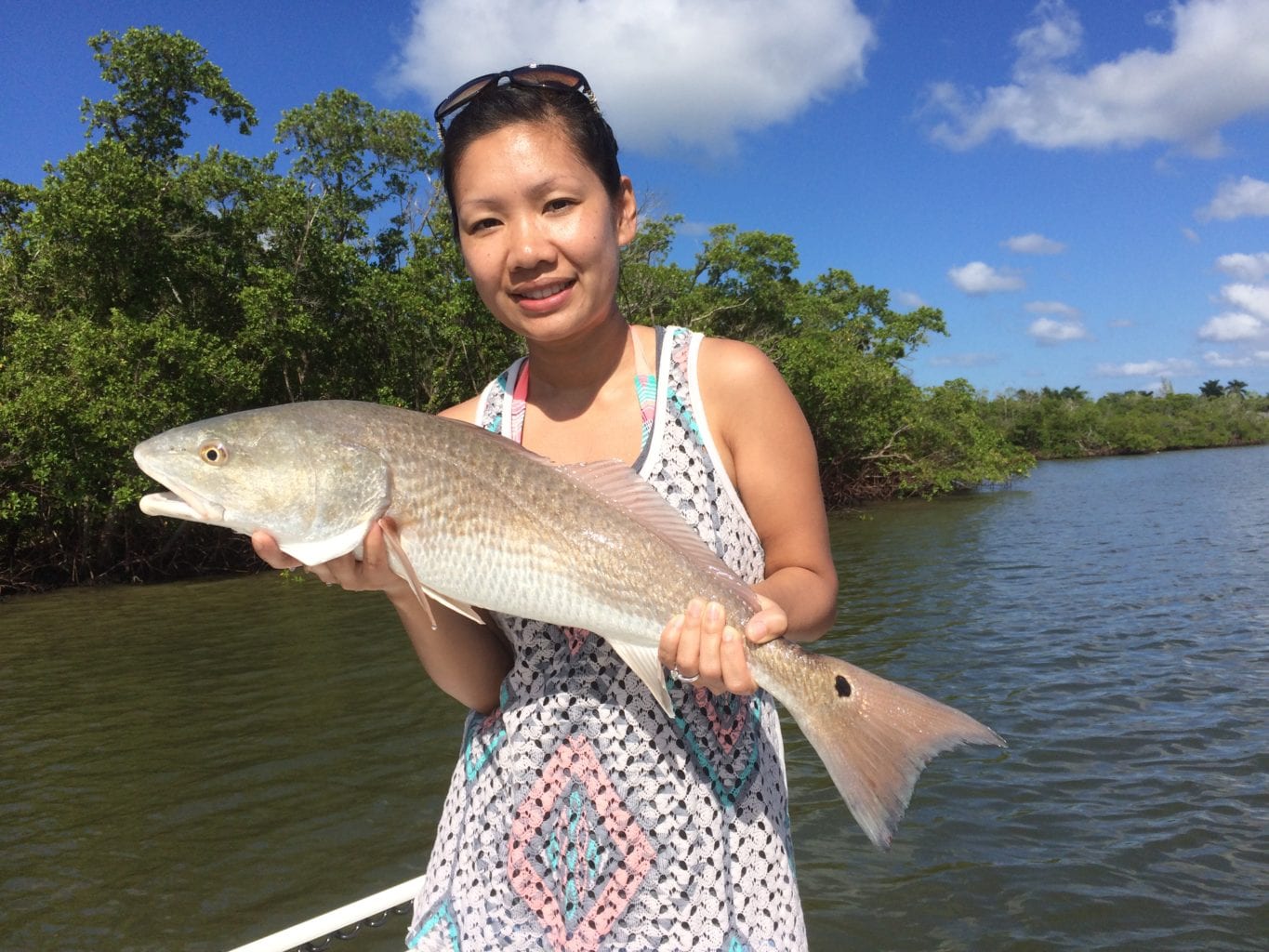 The article originally appeared on basspro.com. It was written by Justin Hoffman.
Temperature change, and how fish react to the mercury climbing or dipping, is important knowledge for fishermen. Knowing how fish react to their environment and throughout the various seasons can help hone your approach and improve your catch rates.
Cold- and Warm-Water Fish
All species of freshwater fish are cold blooded. Unable to maintain their body temperature at a constant level, as humans and other warm-blooded animals do, their internal temperature and functions are influenced by the temperature of their surroundings. This directly impacts when they eat and how much as well as their overall activity levels.
“Cold- and warm-water fish species have different temperature preferences and tolerances. For example, lake trout, a cold-water species, can tolerate (survive) temperatures up to 70 to 73 °F but has a core preferred temperature range of 46-59 °F. Smallmouth bass, a warm-water species, can tolerate temperatures up to 86 °F and prefer temperatures above 68 °F. Other warm-water species such as largemouth bass, bluegill, and pumpkinseed can tolerate temperatures up to 97 °F. The basis for these differences is found in the unique genetic makeup and biochemistry of each species, which governs their metabolism and determines their ability to tolerate a range of environmental conditions,” said Dr. David O. Evans, a senior research scientist at the Ontario Ministry of Natural Resources.
“Fishes can be further classified, with reference to temperature, into cold-, cool-, and warm-water species. For example, members of the Percidae (walleye and yellow perch) and Esocidae (northern pike and muskellunge) and some species of minnows and suckers are recognized as cool-water species and have temperature preferences that are intermediate between the cold-water Salmonid family (lake trout, brook trout, brown trout, rainbow trout, and Pacific salmon) and the warm-water Centrarchid family (smallmouth and largemouth bass, bluegill, crappie, and pumpkinseed). These thermal differences explain the tendency of walleye, yellow perch, and northern pike to be active at colder temperatures than is typical of warm-water species and to be vulnerable to winter angling. It also explains the more extensive northern distribution of the former because they have greater tolerance to cold conditions, especially with reference to successful reproduction and survival of the young.”
Fish Through The Seasons
Warm-water fish, such as largemouth bass, bluegill, and pumpkinseed, are an excellent target choice during the hot summer months, due to their preferred temperate range. They can be located within shallow water during extreme heat (although often hidden under cover) but exhibit lockjaw for the most part once water temperatures plummet during late fall periods and over winter.
In sharp contrast, cold-water species, such as lake trout can be caught during the warm water periods of summer, but only in deep and cool waters, as recognized by their core temperature preference. Fish will be found shallow during early spring, as water temperatures are significantly cool at this time of year, and fish will remain until warmer water gradually pushes them deep. These same cold-water fish, however, will continue to actively bite once ice forms, and are an excellent choice for anglers to target when the deep freeze sets in.
Walleye, pike, muskellunge, and other cool-water species are eager biters during spring and fall, when lower water temperatures are more conducive to their thermal preference, and are often a better bet to target (when in season) in comparison to warm-water species.
Keep an eye on the water temperature next time you hit the water. It will definitely give you a clue to what fish might be biting.
Make a Catch in the Warm Waters on a Naples Fishing Charter
Chasin’ Tales gives you the opportunity to make a catch in the warm Gulf waters. Captain Geoff has been navigating the Gulf waters for years! To book a trip, call 239-216-0378 or click herefor more information.

How Noise Affects Fish on a Naples Fishing Charter