Snook is a popular sub-tropical fish that Florida fisherman and everyday people look forward to catching. Why? Snoke put up a fight! Snook are known to be a tricky fish to catch.They are renowned for being one of the best fighting inshore species, making long runs, leaps and head shakes that make them a ton of fun to catch. Snook prefer shallow, warm saltwater and can be caught while backwater and nearshore fishing. There’s an abundance of them in the Gulf region.

All snook have a distinctive, prominent black stripe (lateral line) running across their body. This literal line helps snook detect predators and bait. Snook have a tapered head and snout, underslung lower jaw, and large fins. Due to the snook’s physiology (eyes on top of head and an underslung jaw), it is an ambush predator. As an ambush predator, they eat upwards, so they’re known as surface feeders. A snook’s coloring can range from dark gray to black on its dorsal surface with a silver color on the sides, and yellow fins. However, their color can change depending on the spawning season and habitat.

These fish are known to ambush their prey as it gets into a certain range. Snook feed on small fish, shrimp, crabs, and mollusks. They can grow over 4 feet and weigh more than 40 pounds; the average snook weighs about 3 to 15 pounds and is 1.5 feet long.

Snook live in the Gulf of Mexico, the Atlantic Ocean, and around Central and South America. They cannot survive in water under 60°F. Snook are often found around mangrove edges, grassy flats, reefs, oyster bars, potholes, tidal pools, inlets, and bridges. Snook typically reside in areas with plenty of current.

In the Gulf waters, snook open seasons are September 1 to Dec 1 and the end of February until May 1. To protect the snook population from dwindling, Florida has specific permits and regulations put in place for snook fishing.  During the season, the daily bag limit is one fish per person. In the Gulf region, you cannot keep a snook that is less than 28 inches and more than 33 inches in length.

When fishing for snook, any small baitfish, live shrimp, and crabs will make a good live bait. Some good bait options include: white bait, pilchards, grunts, pinfish, and large dead baits like mullet heads and ladyfish heads or halves. It is not necessary to have live bait in order to catch snook; artificial lures and top waters can be just as effective. However, the best way to determine what bait to use is to choose what is most prevalent in the area you’re fishing.

Snook are known to be a tricky fish to catch as they can put up quite a fight. They are renowned for being one of the best fighting inshore species, making long runs, leaps and head shakes that make them a ton of fun to catch. 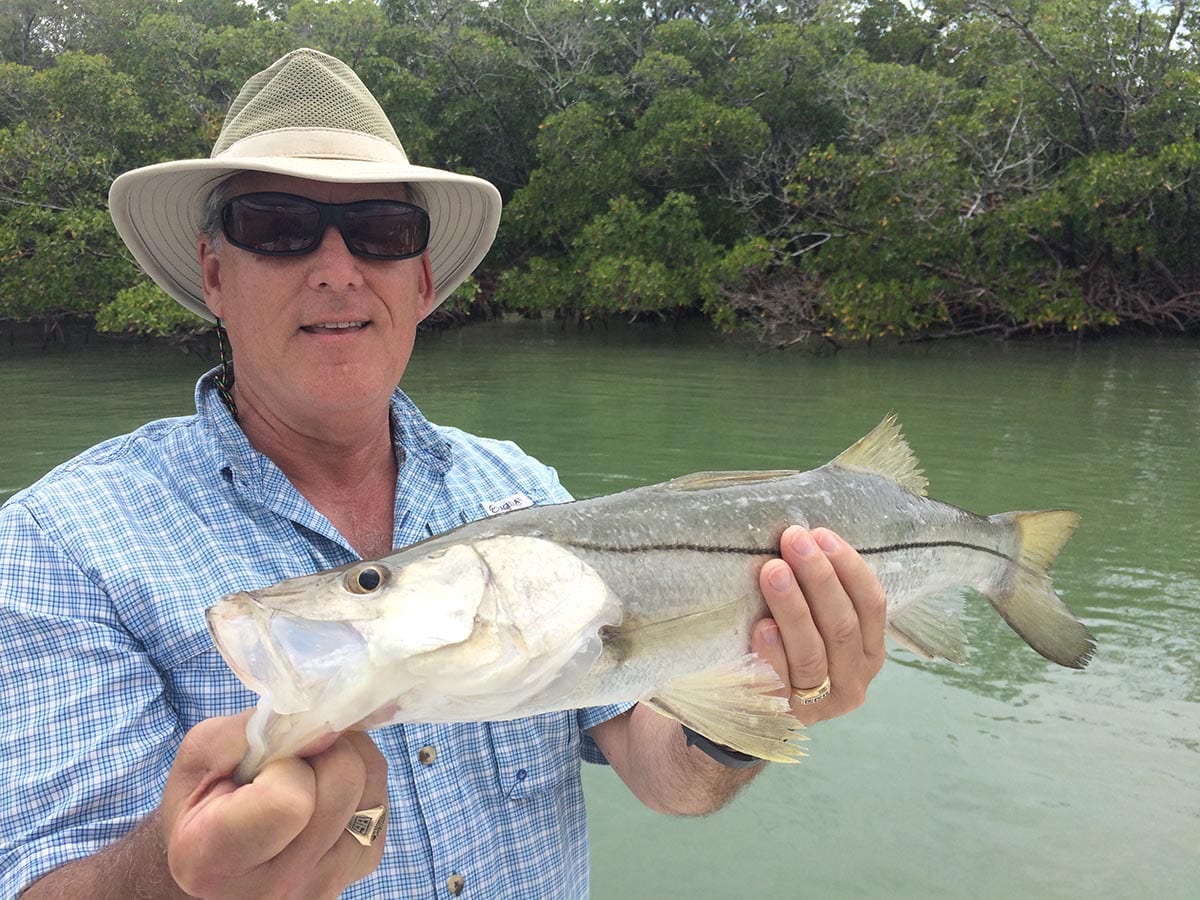 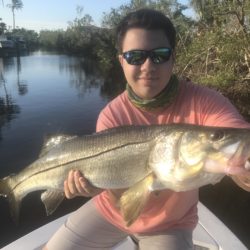 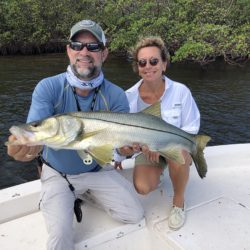 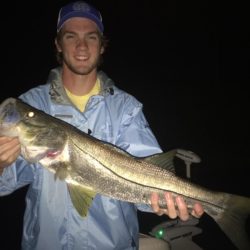 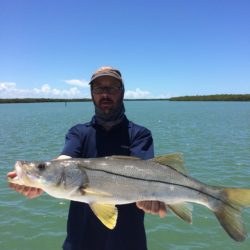 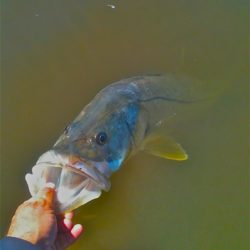 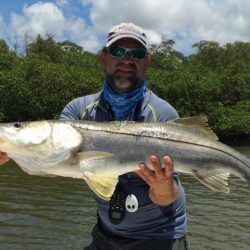 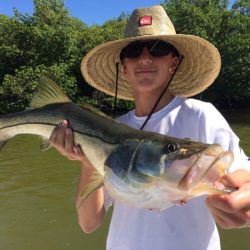 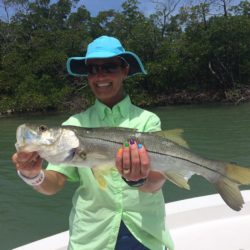 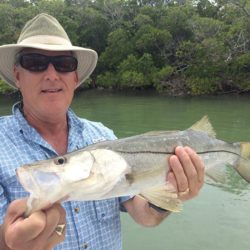 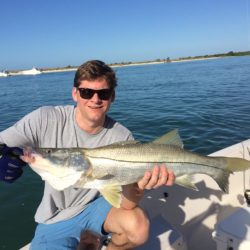 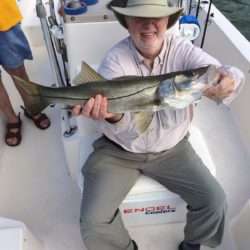 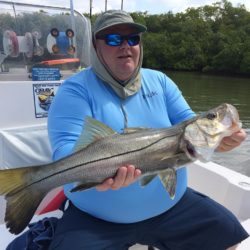